The Goa State Fire and Emergency Services constituted under the Goa State Fire Force Act 1986 is headed by the Director with its Headquarters and Logistic Centre at Panaji. Besides fulfilling the main objectives of fire prevention, fire protection, firefighting, and rescue, the department generally attends people in distress. Over the years, it has attained a multi-dimensional role in saving and protecting life and property of the people with its activities in fire prevention, fire protection, fire suppression, and training. The department is being developed to provide effective fire and emergency cover to the people and property in the State. The approved strength of the Goa Fire and Emergency Services is 1088 including Officers and administrative staff. It provides round the clock services with the set up of 14 Fire Stations located in the township of the respective local Bodies / Municipalities viz; Panaji, Vasco, Mapusa, Pernem, Pilerne, Ponda, Kundaim, Old-Goa, Bicholim, Valpoi, Margao, Verna, Curchorem, and Canacona.

Each Fire Station is headed by one Station Fire Officer/Officer-In-charge. The Officer and Fire Personnel on duty at the respective Fire Station will be the first responder for all types of Fire/Emergencies which include natural and man-made disasters. 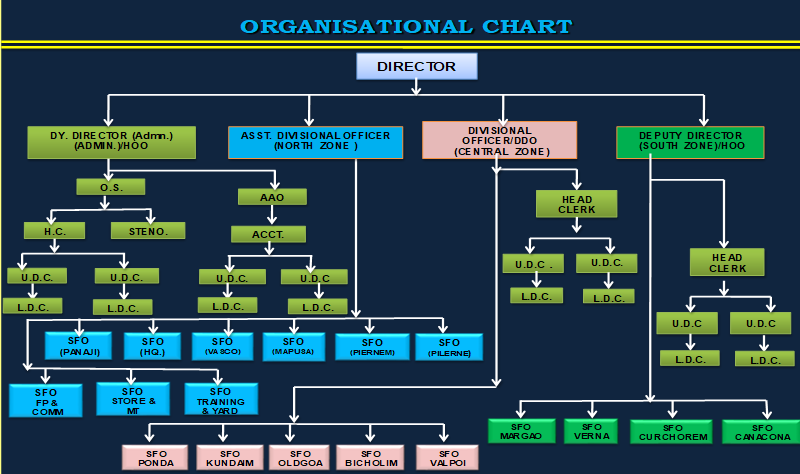